This page provides instruction for building GanttProject from the master branch.

The instructions assume that you're using Ubuntu-based Linux distribution. The process on other distros and Windows/Mac OSX should be similar, modulo differences in packages/paths and the way command line terminal works.

Overview of the build technologies and frameworks¶

GanttProject build process uses Java, Kotlin and Google Protocol Buffers compilers. Orchestrating them is not trivial, so be prepared to have some fun with setting up the things.

A bare minimum which you need is:

Please make sure that you can run java, javac and git commands.

The source code is stored in GitHub repository. You can clone the repository using

The rest of this page assumes that you checked out the sources using one of the ways into /tmp/ganttproject directory.

This repository has some submodules that we need to pull:

If everything is OK with your environment then the following will build a binary distribution of GanttProject:

The distribution is assembled in ganttproject-builder/dist-bin directory. You can run GanttProject using ganttproject or ganttproject.bat script:

You can also start GanttProject using ./gradlew runApp which will build a distro and launch GanttProject as necessary.

If you don't need a ready-to-use distro, you can run ./gradlew build which will build code and run tests.

Basically, that's everything that you need to be able to change the sources using any text editor, build and run the changed code.

Building and running from IntelliJ IDEA¶

The instructions below apply to IntelliJ IDEA but other popular IDEs can also be used in a similar way.

IDEA supports Gradle out of the box. You can just import GanttProject with File.New.Project from Existing Sources menu action in IDEA where you need to choose build.gradle file from the repository root. 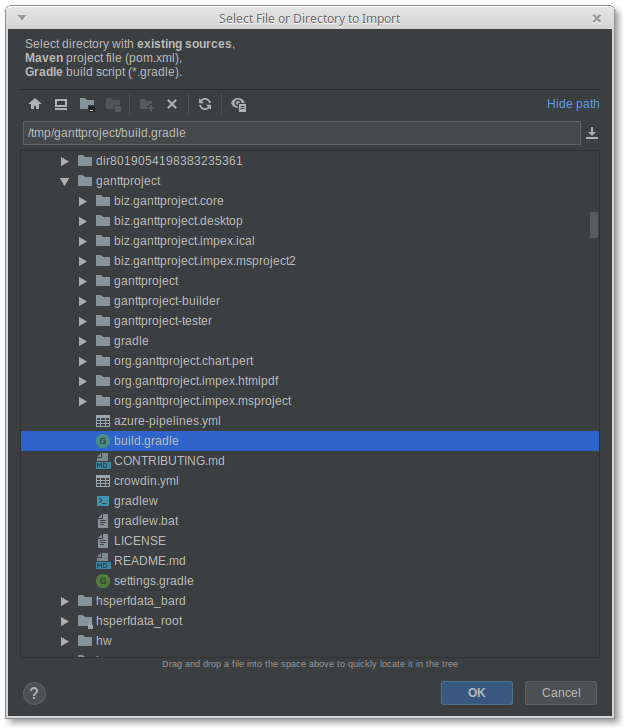 You may want to check Use auto-import and uncheck Create separate module per source set options. Make sure that you use Java 11. You may use local Gradle distro if you have one. 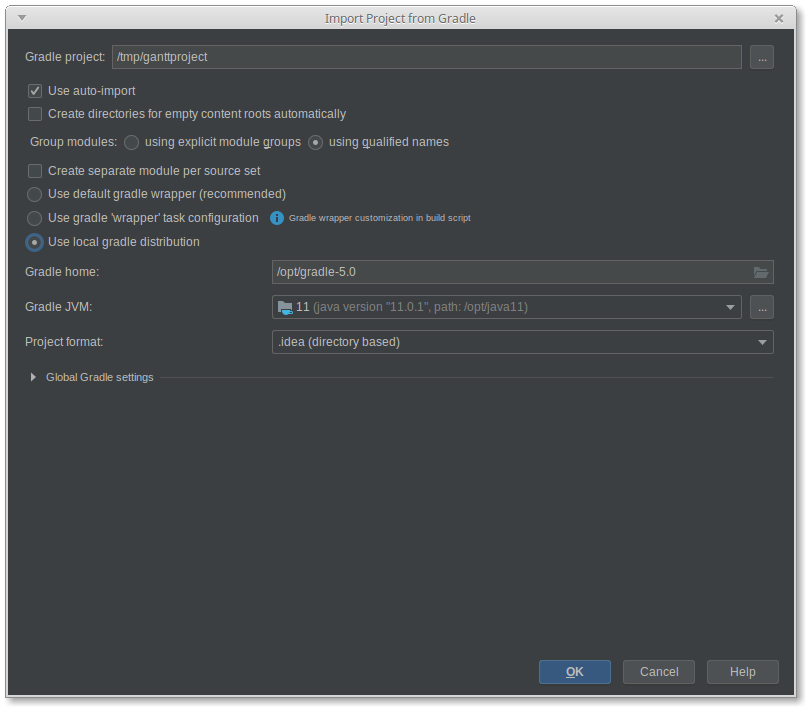 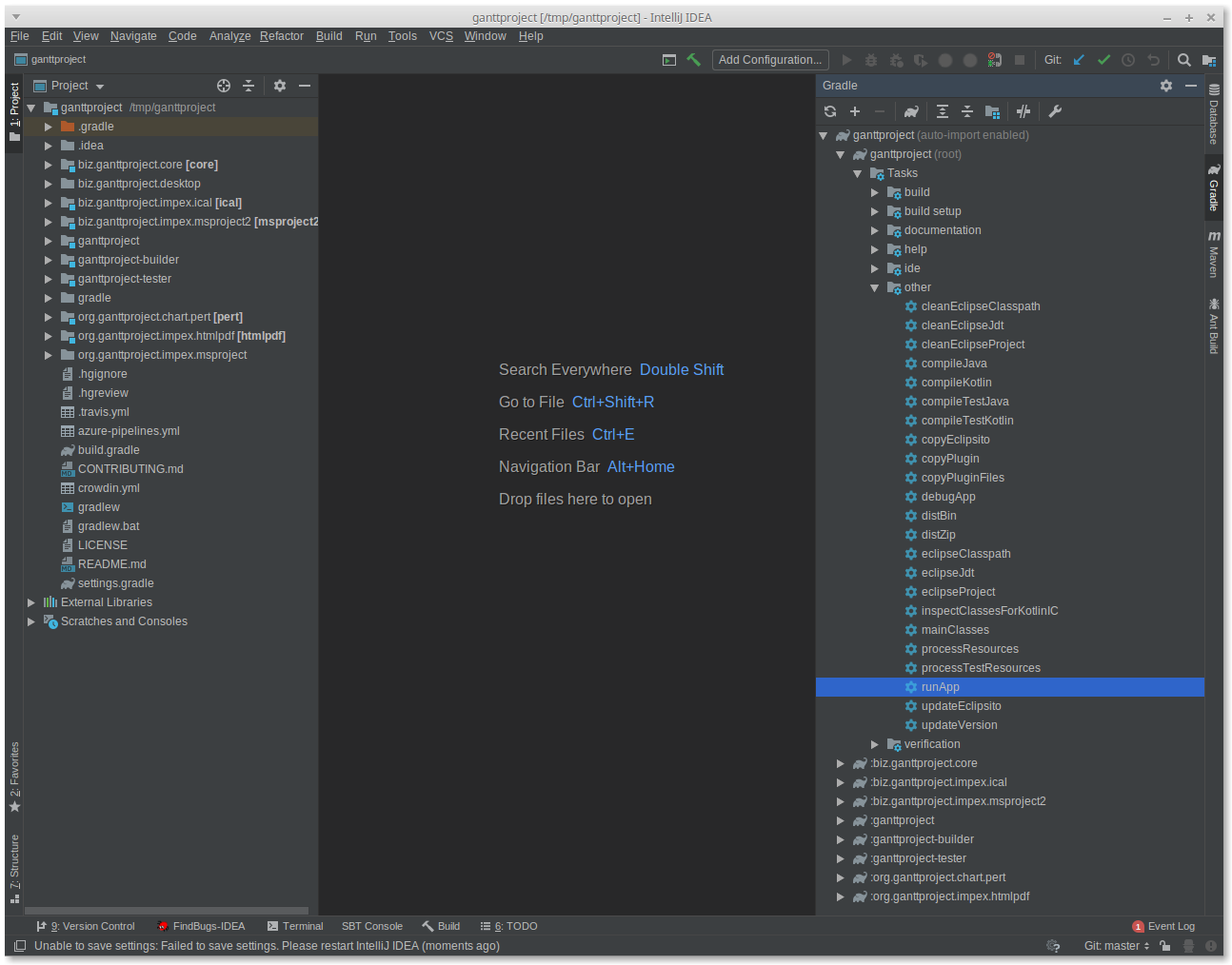